What a wonderful World!

(This is the whole text of my speech at Valencia Toastmasters at El Faro. 26th of March)

Fellow toastmasters and guests, St. Augustine said: the world is a book, and those who don’t travel read only a page.

One of the most enriching experience than you can have is to live overseas or just travel abroad and meet people from other countries and different cultures.

All of you are one of the reasons why I’m here. Do you realize how lucky we all are? Here we are people from the United States, Great Britain, Hong Kong, Spain (the country which invented the siesta) or even from exotic Bermuda.

I can’t understand why some people say: no other country exits by my own, when they have never visited any other country. They are losing the opportunity of visit such amazing places…Sometimes we don’t dare to do things that we want to do. Why do we have to limit ourselves? Why do we always look for an excuse to not do something that we really want to do? Think about it. 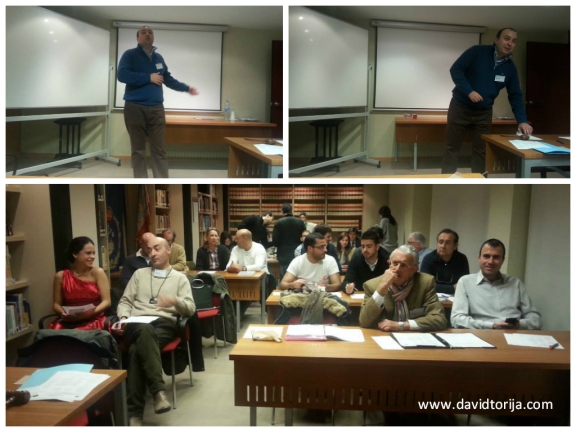 As you can guess, travel is one of my passions. I’m very lucky because I have been in 5 different Continents (Europe, America, Africa, Asia and Oceania). Despite the fact that I love my country, Spain, I consider myself a citizen of the world.

And old saying said when in Rome do as the Romans do.

Next day, a Chilean colleague told me that in Chile the protocol says that your piece of bread is on your right not on your left like in Spain.

When I was living in Galway, I discovered that potato is the basic food of Ireland (and it is in every meal) and to be Irish is the most important fact in the World (At least to the Irish). An Irish friend of mine asked me: If China makes everything, who made China? I answered: I don’t know, who? he told me: of course Ireland!

Moral: don’t try to export foreign food to Ireland, they only buy potatoes and 100% Irish products.

Talking about food, when travelling around the world you can taste delicious and strange dishes. When I was in Australia I had the opportunity to taste kangaroo and crocodile meat. In Hong Kong I discovered that people drink hot water during the lunch. It will be healthier but I prefer a cold beer.

Here in Valencia, the whole city stops for an hour for a kind of early lunch called “Almuerzo”. A friend of mine told me once: Valencia would be richer than California if there wasn’t “Almuerzo”.

During a complicated and strong business meeting in a trader’s office in Dakar, they served a cup of coffee. While I was drinking my coffee I saw how the trader’s assistant tasted the coffee of his boss and I thought : have I been poisoned? I’m still alive. Moral: think positive!

In Japan, the politest country of the world, I learned that you must give your business card with both hands. And talking about hands, never ever touch an Arab man with your left hand. It was used in the past in the toilet, I won’t give you more details, OK?

Everything in New York City is very fast. Don’t wait for the traffic light to cross the street, just tourist do it. It’s the opposite than in Mexico, there, when someone tells you <<ahorita mismo>> (right now) you will have to wait a little bit more than you expected.

When I told the title of my speech to our President, Peter, I promised to him that I wouldn’t sing the famous and beautiful song of Louis Armstrong.

Louis Armstrong was a happy and humble man. He felt pure joy of being. His zest for life must be an example for all of us.

Happiness and humility are the keys of a successful life.

Be grateful with the things that you have.

Be respectful to people who think differently than you do.

With these few tips, you and people around you will be happier.

Armstrong, because of his career, had the opportunity to travel around all over the world, and learned what wonderful this world is, while he was singing with his gravelly voice: I hear babies cry, I watch them grow. They’ll learn much more, than I’ll never ever know, and I think to myself, what a wonderful world!